Get the latest UNCEONSORED news from CivilSlave about our changing world, and fight for Freedom!

Has the ‘Watch The Water’ Video by Stew Peters been Debunked?

Below is a video response by Dr. Richard Fleming that debunks the whole premise of this Watch The Water video by Stew Peters. Included at the end of this article is also the who Watch The Water video. Please read the rest of our thoughts below if you are both interested, and skeptical of the intentions behind the video that has created so much fear and controversy.

Recently Stew Peters put out a very highly produced video called, ‘Watch The Water’. Our CivilSlave news team felt like something was off about the way Mr. Peters put this together. The primary red flags started with his very short warning videos that he put about a month prior to the main video. There was no explanation, just that he had to ensure his sources were safe and protected prior to release.

Those videos warning people not to drink the water created a lot of fear in tens of thousands of people. It also setup an open loop, an expectation for the complete story to be told. In marketing terms this is called, ‘creating response attentiveness’, and can be used as a highly manipulative tactic.

Upon finally watching the Watch The Water video, Dr. Bryan Ardis made reference to the recording date, which was one to two months prior. Meaning that the whole fear pumping was unnecessary, and that the long wait for the video was purely the time needed for Stew Peters to have his team work on all the video effects.

If Peters was genuine about the health and safety concerns, rather than building his online following, then he would have released the video in a more raw edited fashion. That was people would be able to understand and protect themselves far faster. Instead he created fear, and then produced a very slickly edited infomercial style video. We are not impressed, and are inclined to ignore any future videos from the Stew Peters Network.

An independent journalist with a background in the Big Tech corporate world, who holds multiple academic degrees, including a Master's of Science in Engineering. Having worked for Fortune 100 and Fortune 10 companies, Jack has witnessed corporate corruption, skirting of health and safety regulations, manipulation of government policies through revolving doors, and other sickening practices.

World Governments Handing Over Sovereignty to WHO – World Health Organization

Alternative Guru Singh does it again with reminding us to “Give No F*ks.” Words and… 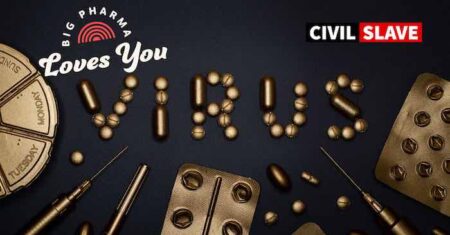 Get the latest UNCEONSORED news from CivilSlave about our changing world, and fight for Freedom!